PSI Printing & Design officially began in 1977. It started in a small space on Prospect Road in Fort Lauderdale, Florida with just a color copier and a delivery van. Today, it is in it's third location thriving as a full-fledged and continually growing commercial printing company.

The owner, John Lindsay, began the company with a friend under the name Profitability Services, Inc. They parted ways shortly after, with John taking the company and shortening the name to PSI Printing, Inc. From there things took off. A small 1 color press was added, as well as, some "typesetting" equipment. A far cry, however, from the computers and software programs that are available today. Soon the company outgrew the space it was in and needed to move. A location nearby on Dixie Highway was chosen for the expansion.

For over 10 years this location served as a great home for the still growing company, going from a single bay to occupying 4 bays within a short time. With the prominent storefront visibility, the customer base began to rapidly expand, as did the diversity of work requested.

In 1986, the first large press was installed, a one-color 19 x 25 size press. PSI began to offer full color printing - one color at a time! Desktop publishing was also introduced and PSI Printing was now able to do design and layout for their customers. The company name was modified and PSI Printing & Design, Inc.s was established. Around this time, John hired a young art student to work part time doing graphics. They became friends and eventually fell in love and married. The partnership served the business well and the 24/7 formula was a huge success.

In an unforeseen twist, The Department of Transportation came through in 1990 with the intent to widen Dixie Highway and in the process eliminate all of the parking in front of the print shop. PSI Printing & Design was forced to relocate. which, in the end, was a blessing. They purchased property on North Powerline Road and began the task of remodeling, halfway expecting to have to rent out a portion of the much larger building.That never happened. In fact, by the time the company made the move in 1992, the entire space was occupied. A new 40" 2-color press was installed and the workspace was completely utilized.

Progress continued and customer demand forced the next huge advance. A 5000 square foot addition was added to the existing building and a new 40" - 6 colorpress was ordered and installed. This paved the way for the next 10 years. The company expanded further with the addition of foil stamping and embossing presses, new larger cutters and additional small multi-color presses.

In 2008, when the stock market crashed and things looked dim for everyone in the business world, PSI Printing & Design, Inc. made the pro-active decision to down size staff and ride out the unstable economy. Because of this forethought, PSI not only survived, but now thrives as an ever changing and improving print company. Growth has yet to reach it's full potential. Additional management personnel, an increased sales staff and the addition of printed Advertising Specialties are just a sampling of what is happening at PSI Printing & Design today.

If you would like to talk to one of our customer service representatives, please call 954-776-0080. We would be happy to share with you from our almost 40 years of experience in the printing business. Maybe you can be the reason for our next growth spurt! 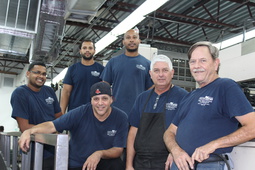 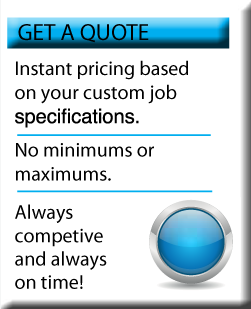 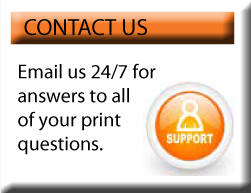